Nusrat Fateh Ali Khan is a world legend that we as Pakistanis are proud to call one of our own. The singing great was born in Faisalabad to Qawal Fateh Ali Khan. He was the second eldest child and the eldest son among seven siblings. And if fate hadn’t intervened, his father’s plans were very different for young Nusrat. He wanted his eldest son to choose the path of becoming a doctor but as fate would have it, the world needed a musical legend who healed people’s souls more than a doctor who healed their bodies.

Nusrat Fateh Ali Khan transcended not only Pakistan’s national borders but also all kinds of barriers, language and culture wise. He was renowned all over the world and is still remembered fondly (case in point: Google’s doodle tribute to Nusrat Fateh Ali Khan’s 67th birthday)

During his shows across the globe, Nusrat Fateh Ali Khan worked with many musical greats from all over the world. He has some famous collaborations with the likes of Michael Brooks, A.R.Rahman and Pearl Jam’s lead singer Eddie Vedder. Nusrat Fateh Ali Khan was also nominated for a Grammy award, along with countless other accolades.

Here is what some of the world’s famous personalities have to say about the legendary Nusrat Fateh Ali Khan:

“He has held many shows for my hospital project and it is because of the Nusrat shows that I have been able to collect funds for the project in European and American cities. Nusrat did all those shows free. He is truly a great artist.” 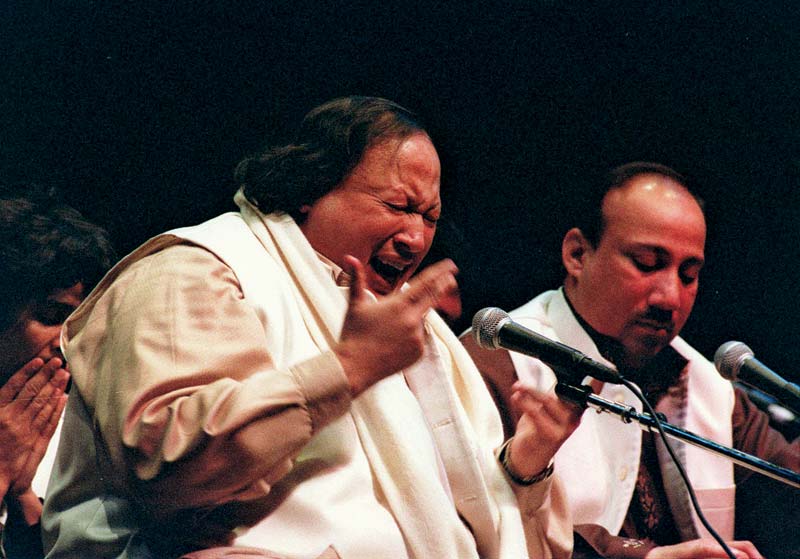 During an interview about the impact that Nusrat Fateh Ali Khan had on him and the world at large, the Kaptaan remembered him glorious words.

“The place where my voice finishes, Nusrat used to start from that place.”

The Indian singing sensation admires Nusrat saab and never misses a chance to pay tribute to the Qawali legend.

The “Hallelujah” singer was a great admirer of Nusrat Fateh Ali Khan and became deeply involved with Sufi music and Qawali because of Khan.

“Working with Nusrat Fateh Ali Khan was the closest I got to God.” Director of such hits as the Oscar winning “Elizabeth” worked with Nusrat Fateh Ali Khan in his movie “Bandit Queen” and was transfixed by Khan saab‘s prowess.

“In his voice I find a kind of direct communication that seldom fails to move me deeply.”

“Nusrat is one of the greatest singers of our time. When his singing takes off, his voice embodies soulfulness and spirituality like no other.”

Gabriel was the original lead singer of ‘Genesis’ and was instrumental in bringing Nusrat Fateh Ali Khan’s music to the western audience through the World Of Music, Arts and Dance, commonly known as WOMAD, initiative.

“His voice was a conduit to heaven.” 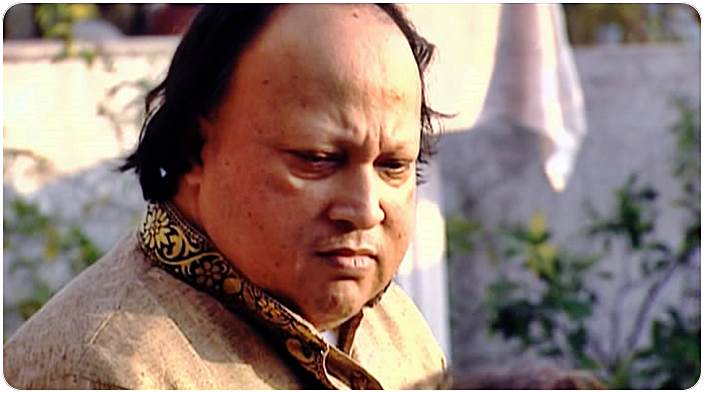 The TIME Magazine Africa bureau chief, while chronicling a list of ‘Asian Heroes’ in 2006 for a feature in the prestigious magazine couldn’t help but be blown away by the musical genius.

“He is possessed of a voice of such incredible emotion, intensity and beauty that listeners are swept into ecstatic heights of consciousness.” Australian theater personality Brookman worked with Nusrat during his tenure at the WOMAD and like many before him, became a life-long fan of the spellbinding singing maestro’s music.

13 Things You Will Only Experience as an Adult After University