Pepsi Battle of the Bands is synonymous with giving budding musicians a chance to sprout into mainstream music — especially after the success of eP and Aaroh in the past cycles and the very trippy Kashmir in the last season. Struggling musicians who were previously trying to play music for friends and family finally made it to the centerstage and the music, oh my God, the music. This season of Pepsi Battle of the Bands oversaw a fine cohort of musicians from all Pakistan and eventually, there was an even split between Pakistanis fan-girling over Xarb’s unique sufi vocals and those who were absolutely smitten by Bayaan’s groovy pop music. While Bayaan became victorious in the end, all the musicians garnered massive fan-following all across Pakistan.

Now that the season is over, the bands are going on a tour across Pakistan to give their fans a taste of some LIVE action.

For the first time ever, the bands set out for the much awaited, highly coveted tour: spanning across Pakistan, a total of ten bands and a lot of live and unplugged action.

Islamabad was their first stop with maaaaad adrenaline, bro:

But this weekend, the tour reached its second stop in Karachi.

We were also given the chance to attend the show and boy, were we excited.

With an ensemble of ten musicians, Darvesh with it’s unique blend of  Sufi Kalam and progressive rock completely mesmerized the audience. The band performed a total of four numbers with the audience, towards the end, breaking into a dhamal. The sight was truly something transcendental.

Xarb, the runner-ups this season, were up next and had their own spin on sufi music:

Xarb, having already made a name for itself as one of the most unique acts to come out of the show, lived up to its reputation. As soon as Xarb took the stage, the mood took a complete shift with audience members grooving to the band’s funky guitar licks while also singing and humming alongside.

However it was Kashmir, the winners from last year, that brought the house down

As soon as the band started playing Kaghaz Ka Jahaz, everyone in the audience, no matter what age, started dancing and singing along. During the course of only four songs, Kashmir took the audience on a roller coaster of emotions with an upbeat track like Pareshaniyan on one hand and the recently released Khwab that would make anyone contemplate his or her existence on the other. Once the band was done, the audience were left spaced out.

Bayaan, the winner of this season, came in last but their performance was, as usual, STELLAR 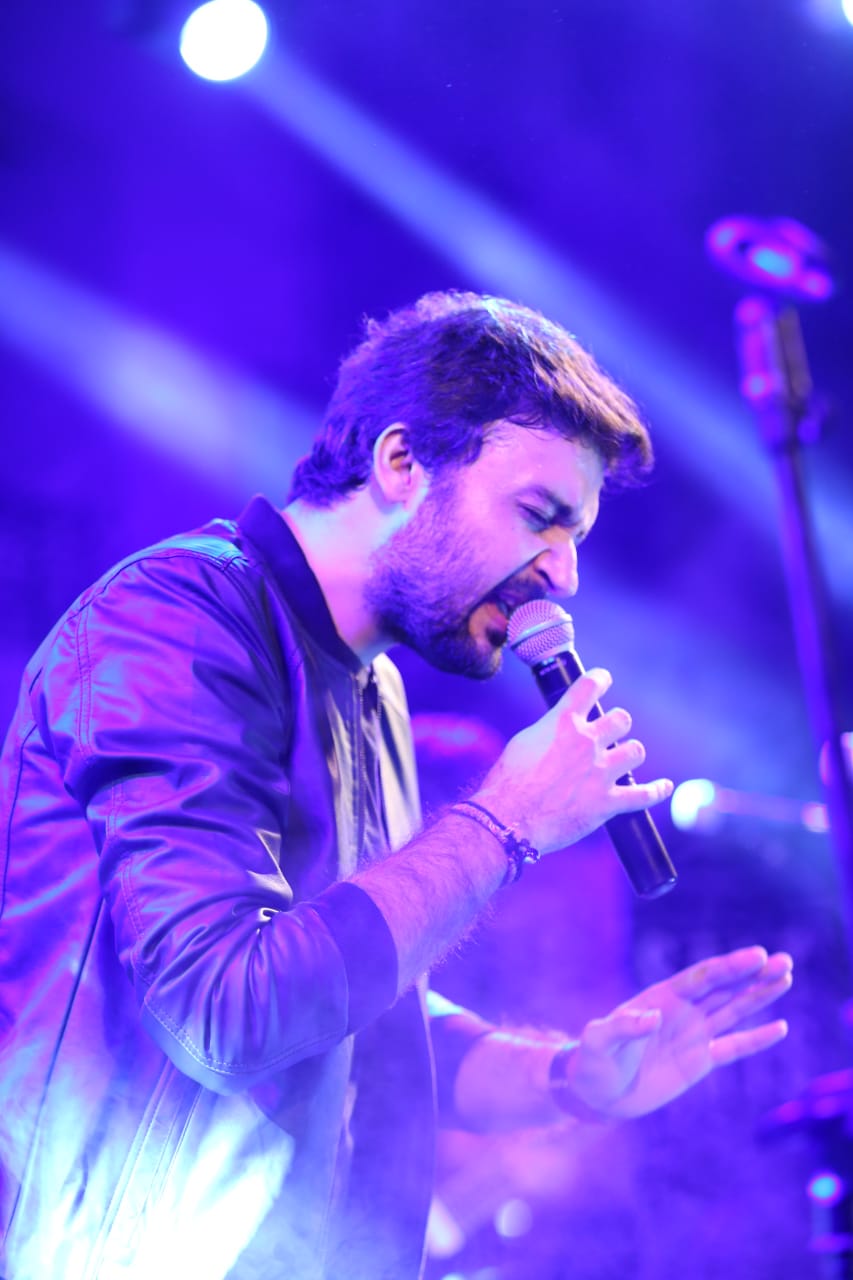 Without a shadow of a doubt, Bayaan is the definition of a tight band. As such, when it started playing, it seemed like the audience members wanted to spend the rest of their lives at the venue. In fact, the only disappointment was when the band announced their last song for the night. I am pretty sure that when the lead singer sang “fana hayah fana” everyone in the crowd skipped a beat.

Aren’t you in awe of the beauty of a platform such as this? It not only allows for budding musicians to gain recognition and ultimately claim the prize but also promotes a culture of opportunities for bands. Recent times have seen a much wider shift. It has become apparent from quite sometime that the music scene needs another revival, of sorts. Band culture as far as the mainstream is concerned has completely died out. While, there have been similar initiatives that aim to bring new faces to the mainstream so far, none of them have been successful. The collaboration with Salt Arts for this event turned it into an audiovisual extravaganza, for performers and the concert-goers, alike. Thanks to Pepsi Battle of The Bands, there is hope for a new wave of rock music hits the mainstream.

The best part? Ten lucky super fans from the Trivia questions posed on the Pepsi Battle of the Bands socials got to meet the bands! Try your luck and you could be one of them in the next concert in Lahore. Follow Pepsi Pakistan here and here for updates.

Police officials were attacked in Karachi after they tried to stop people from praying in mosques.

Pakistani Biker Queen Guliashan Tariq Is Now Taking A Trip Around Punjab, Thanks To PSO