Women are hardworking, resilient and marvelous multi-taskers! These women have shown that Pakistani women are especially exceptional because of all that we have to overcome and yet we are able to not only become leaders in our fields but also pioneer into uncharted territories. All over the world, and beyond.

Read on about these super Pakistani women gathering respect and accolades the world over:

Dr. Rozina Ali is a microvascular reconstructive plastic surgeon and consultant with a specialist interest in breast reconstruction. She was awarded the Cutler’s Surgicial Fellowship in 2007 and is highly regarded within the medical industry with her research cited in many prestigious medical journals and her appearances on TV shows in the UK and US as an expert in the field.

Source: Dose of Me

Taj is a British Pakistani dhol player from Birmingham, United Kingdom. She rose to international fame in 2010 when she appeared in a viral video playing dhol in the streets.

Mehreen is an Australian politician, with a degree from UET Lahore in Civil Engineering. She moved to Australia in 1992 after having worked as a consultant in Pakistan for several years. She has been a Greens Party MP in the New South Wales Legislative Council since 19 June 2013. 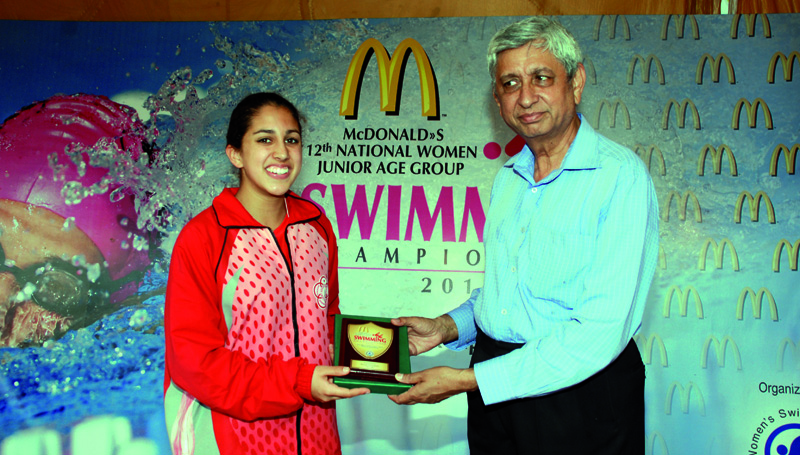 A swimmer, Swan is a British-Pakistani, who represented Pakistan at the 2014 Commonwealth Games. She holds 9 National records and several international records for swimming.

Asma Gul is an American award-winning writer. She is the author of three published works  as called , “ American Muslims: The New Generation”, “Why I am a Musilm” and “Red,White and White”  All these books are non-fiction, dealing with the American Muslim movement through critical analysis and personal biography according to Wikipedia.  She has receieved acclaimed praises from Reza Aslan, Fareed Zakaria and Jack Miles. She currently serves as a Senior Vice President and Chief Legal Officer to HealthTrio LLC.

Huma Abedin is an American political staffer. She has been a long-time aide to Hillary Clinton, and was U.S. Secretary of State Clinton’s Deputy Chief of Staff at the State Department. She currently serves as vice chairwoman of Clinton’s 2016 campaign for President.

Ayesha Jalal  is a Pakistani-American historian who was awarded with 1998 MacArthur Fellowship. She is also the grandniece of renowned Urdu Fiction writer Saadat Hasan Manto. She has taught at the University of Wisconsin–Madison, Tufts University, Columbia University, Harvard University and LUMS.

Shaila Abdullah is known as a “Word Artist” for being an award-winning Pakistani- American author, writer and designer.  Her work focuses on the strengths and weaknesses of Pakistani women and their often unconventional choices in life.  She is the author of five books, Saffron Dreams, Beyond the Cayenne Wall and three children’s books,” My Friend Suhana”, “Rani in Search of a Rainbow”, and A Manual for Marco.” Abdullah has received many awards for her work including the Patras Bukhari Award for English Language, the Golden Quill Award and the Norumbega Jury Prize for Outstanding Fiction.

Shahzia Sikandar is a Pakistani born, internationally recognized artist. After graduating  from NCA in 1991 with a BFA  she moved to  the USA gaining an MFA from Rhode Island School of Design in 1995. Sikander has been the recipient of numerous awards, grants and fellowships, including the Asia Society Award for Significant Contribution to Contemporary Art, Art Prize in Time-Based Art from Grand Rapids Museum and the Inaugural Medal of Art. In 2004, Newsweek listed Sikander as one of the most important South Asians transforming the American cultural landscape. In 2006, the World Economic Forum, Davos, Switzerland appointed Sikander as a Young Global Leader. 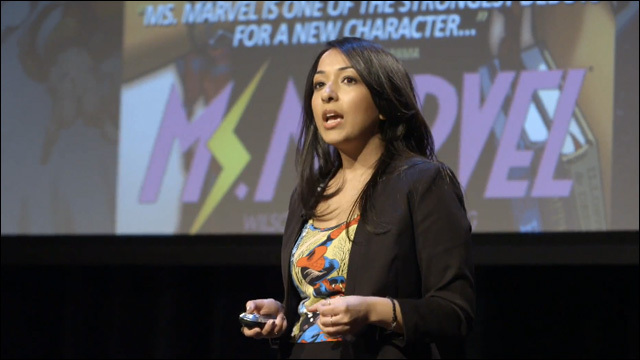 Sana Amanat, an Editor at Marvel Comics, is developing and managing creative content for the company’s various publishing lines. Most recently, she co-created the first solo series to feature a Muslim Pakistani female super hero, Ms. Marvel. She also serves as a Young Leaders Committee board member at Seeds of Peace, an organization that promotes the empowerment of youth in regions of conflict.

Bapsi Sidhwa is an award-winning  novelist. Among her many honors Sidhwa received the Bunting Fellowship at Radcliffe/Harvard, the Lila Wallace-Reader’s Digest Writer’s Award and the Sitara-i-Imtiaz, Pakistan’s highest national honor in the arts. Her works include The Bride, An American Brat and The Crow Eaters.

Tahmena Bokhari is a Pakistani-Canadian beauty pageant titleholder and social worker. She was born in Toronto , Canada and spent several childhood years in Faisalabad,Pakistan. She won Mrs. Pakistan World 2010 in Toronto and became the 3rd Pakistani woman in history to represent women on an international platform when she won Mrs. United Nation International 2010. Rohina Malik is a critically acclaimed playwright, actress, speaker and solo performance artist of South Asian descent. Her career in playwriting and performance arts started in 2008 after taking a class on writing a one-person play with Tekki Lominicki in April 2008. She has performed at educational institutions like Princeton, Yale, University of Chicago, University of Oklahoma, Columbia University, University of Illinois and Stanford. And yes, she wears a hijab but that doesn’t deter her from acting!

Maliha Masood is a Karachite who moved to US in 1982. She is an award-winning writer in creative nonfiction and the author of two travel memoirs. Her works include “Zaatar Days”, “Henna Nights ”and “Dizzy In Karachi”. Having selected for the Jack Straw Foundation writers forum in 2005, Masood’s writings on women, culture and Islam have been featured in many prestigious publications.

This girl is the first female Police constable in Hong Kong, of South Asian descent. Having been recruited in 2012, she has served in Yuen Long district of Hong Kong.

Fatima Ali is a chef whose specialty is Pakistan-spiced Western fare — a combination that won her first prize on the American cooking show “Chopped.” Currently sous-chef at Café Centro, she plans to return to Pakistan to establish subsidized kitchens with cheap and organic food for the poor.

Shama Zehra is the CEO of Wall Street firm Aligned Independent Advisors. She began her career as an entrepreneur in the apparel industry in Pakistan in 1991 with a women apparel firm co-founded with her mother and sister.  Shama worked with Goldman Sachs, Morgan Stanley, Standard Chartered Bank and MCB Bank, the largest private sector bank in Pakistan in early nineties.

Shaan is the CEO of PlayDate Digital which makes educational applications for kids. She started it in 2012 after many years of experience working at Nickelodeon and Hasbro. Apps produced by PlayDate feature Hasbro brands like Play-Doh, My Little Pony and Transformers.

Mona Shaikh, also known as The Naughty Muslim Comedian, resides in Los Angeles, USA, pursing her career as a comedian and actor while developing her upcoming One-Hour Special and Comedy TV series.  Recently, Mona hosted the Miss Pakistan World Pageant in New York City and also became the first Pakistani female Comedian to be selected for the Laugh’s Factory Funniest Person in the World Competition.  Mona has been featured in The LA Weekly, New York Post, The Huffington Post, The Washington Post and BBC.

Riffat Hassan is a Pakistani-American theologian and a leading Islamic feminist scholar of the Quran. She also wrote the eleventh chapter of Transforming the Faiths of our Fathers: Women who Changed American Religion (2004), edited by Ann Braude. She has taught at schools including Oklahoma State University and Harvard University, and is currently a professor of Religious Studies at the University of Louisville, Kentucky.