Remember reading how Disney and Bollywood gave us unrealistic expectations about men? Well for us desis, it’s never the knight in shining armor or Prince Charming that set the bar too high; it’s our abba jan who makes every other man pale in comparison.

This father’s day, make sure you say it all and out loud. Tell him he means he world to you and he is the reason why choosing Mr.Right seems to be such a chore. Here’s how your abba makes it difficult for any other man to match up:

Ladies we all know there’s nothing more gentlemanly than a man all suited up.

He still has all his old briefcases stacked up somewhere

At least mine has and I’m pretty sure I want to transfer my laptop into one of those. This act of his shows how he can take care of things for a very, very long time.

He quit smoking just because you asked him to

No matter whose fault, he would ALWAYS be the one making it up to you.

And spoiling you rotten with chocolates later.

He’s told you each of his college k kissay at least a dozen times yet he entertains you every time.

And you pretend not to know the plot, by heart.

Although at times you might feel it will ruin your hairdo but never, ever, take it for granted.

He still freaks out every time you leave the house

He’s pampered you alright since the day you were born but doesn’t mean he won’t prepare you for the grind. Even if that means confiscating your phone or taking away your consoles.

Even if that means downing a sorry excuse of a cake. 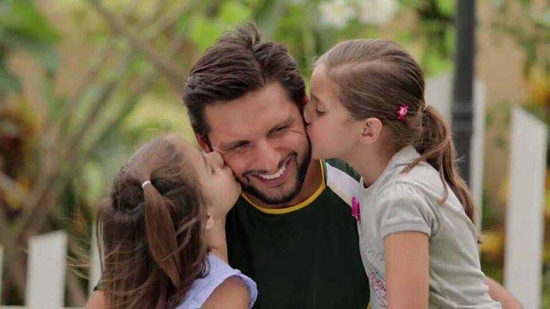 He was your very first driving instructor

Admit it, you owe your kickass driving skills to your poppa.

His reserve of knowledge is so vast, at times you wonder why he never wrote a book

Although you might call him overprotective all too often, deep down inside you know why he’s doing it

He will never let you carry the shopping bags, even if that means he has to carry 10 on each arm

You are his baby girl, however old you are.

No matter how old you get or how much you’re making, you know that whenever you’re going out with him, he’d be the one buying you food. Period.

There’s no better hug than a dad’s protective embrace

And that smell of Old Spice.

The first and probably last time you saw him cry, was when you signed the Nikahnama..

And you know you never want to see a tear in his eyes. Ever.

Happy father’s day to the man who makes every other one look like a boy.

This restaurant in Karachi is getting slammed by people for its extemely misogynistic new ad that is celebrating azaadi of husbands.

Momina Mustehsan woke up from her irrelevance to drag Kangana Ranaut for putting the blame on literally everything bad in India on Pakistan.

We all want our dreams to come true but what exactly is the secret sauce to making that happen? Well, the interesting thing is there's no secret sauce...