Pakistan's 75 National Heroes Who Have Made Us Proud

Our heroes are who have made the nation proud time and time again. We love and respect the pride of our nation.

Here are 75 heroes we love and admire:

Mir Zafar Ali is a Pakistani movie visual effects artist. He was a member of the team that won the Academy Award for best visual effects for the 2007 film The Golden Compass.

Ayesha Farooq is a Pakistani fighter pilot from Hasilpur, Bahawalpur District, who was the first woman to become a fighter pilot in the Pakistan Air Force.

Maria is a national squash champion.

He is the first scientist to connect brain cells to a silicon chip, creating the world’s first neurochip.

He is remembered above all for his 1922 play Anarkali, based on the life of Anarkali, which was staged hundreds of times and was adapted for feature films in India and Pakistan, including the Indian film Mughal-e-Azam.

Mehak Gul is a Pakistani chess player. She earned the FIDE title of Woman Candidate Master at the 42nd Chess Olympiad.

Nusrat Fateh Ali Khan was a Pakistani singer, songwriter, and music director, primarily a singer of qawwali, a form of Sufi devotional music.

She was the first woman to head a democratic government in a Muslim majority country.

Abdul Qadeer Khan, NI, HI, FPAS, known as A. Q. Khan, was a Pakistani nuclear physicist and metallurgical engineer who is colloquially known as the “father of Pakistan’s atomic weapons program”

She is the first Pakistani woman to climb Everest, K2 and the Seven Summits. She climbed Mt. Everest at the age of 21.

Jaun Elia, was an Urdu poet, philosopher, biographer, and scholar from South Asia who migrated from India to Pakistan.

Shahid Rafiq Khan is a Pakistani-American billionaire businessman and sports tycoon. He is the owner of Flex-N-Gate, an American automotive company.

He is considered as one of the most formidable Classical Folk Singers to have emerged from South Asia.

Noor Jehan, also known by her honorific title Malika-e-Tarannum, was a Punjabi playback singer and actress who worked first in India and then in the cinema of Pakistan. Her career spanned more than six decades.

Saadat Hasan Manto was a Pakistani writer, playwright and author born in Ludhiana, who was active in British India and later, after the 1947 partition of India, in Pakistan.

Shoaib Akhtar is a Pakistani former cricketer and commentator. Nicknamed the “Rawalpindi Express”, he was the first bowler to be recorded bowling at 100 miles per hour, a feat he achieved twice in his career.

Samiullah Khan is a former field hockey player from Pakistan, who was nicknamed The Flying Horse because of his great speed.

Shabana Akhtar is an Olympic athlete from Pakistan. She became Pakistan’s first woman to compete at the Olympics when she took part in the women’s long jump at the 1996 Olympics.

Arshad Nadeem is a Pakistani javelin thrower. He represents WAPDA in the domestic competition

Talha Talib is a Pakistani weightlifter from Gujranwala. He is the Pakistani national champion in the 62 kg category.

Moin Akhter, was a Pakistani television, film and stage artist, humorist, comedian, impersonator, host, writer, singer, director and producer who rose to fame in the era of Radio Pakistan along with his co-actors Anwar Maqsood and Bushra Ansari.

Israr Ahmad was a Pakistani Islamic theologian, philosopher, and Islamic scholar who was followed particularly in South Asia.

a Pakistani poet, teacher and civil servant of the government of Pakistan. She is best known for her poems, which brought a distinctive feminine voice to Urdu literature

a Pakistani poet, and author in Urdu and Punjabi language. He was one of the most celebrated writers of the Urdu language in Pakistan.

Muhammad Ali Jinnah was a barrister, politician and the founder of Pakistan. Jinnah served as the leader of the All-India Muslim League

Sir Muhammad Iqbal, was a South Asian Muslim writer, philosopher, and politician, whose poetry in the Urdu language is considered among the greatest of the twentieth century

Asma Jilani Jahangir was a Pakistani human rights lawyer and social activist who co-founded and chaired the Human Rights Commission of Pakistan.

Liaquat Ali Khan, also referred to in Pakistan as Quaid-e-Millat or Shaheed-e-Millat, was a Pakistani statesman, lawyer, political theorist, and one of the leading Pakistan Movement activists.

Iqbal Masih was a Pakistani Christian child labourer and activist who campaigned against abusive child labour in Pakistan assassinated on 16 April 1995 and awarded with the Sitara-e-Shujaat on 23 March 2022.

Mian Muhammad Mansha is a Pakistani business magnate and billionaire. He is the founder and CEO of the Lahore-based international conglomerate Nishat Group.

Mehwish Hayat is a Pakistani actress who predominantly works in films and former television.

Muhammad Ali Sadpara was a Pakistani high-altitude mountaineer. He was part of the team that successfully completed the first winter ascent to the summit of Nanga Parbat in 2016

Regarded as one of the finest batsmen in contemporary world cricket, he is the only batsman in the world to be in the top 3 rankings across all formats.

Arfa Abdul Karim Randhawa was a Pakistani student and computer prodigy who became the youngest Microsoft Certified Professional in 2004.

Aitzaz Hasan Bangash was a Pashtun student from Khyber Pakhtunkhwa who died on 6 January 2014 while preventing a suicide bomber from entering a school at Hangu village.

Fawad Khan began his acting career on the television sitcom, Jutt and Bond.

She became the National Ambassador for UN Women Pakistan after being shortlisted in the 100 Inspirational Women of 2015 by BBC.

Dadi Leela was a Pakistani educationist, music teacher, philanthropist, and a former member of Sindh provincial assembly known for her advocacy of women’s education

Fatima Jinnah, widely known as Māder-e Millat, was a Pakistani politician, dental surgeon and one of the leading founders of Pakistan.

Bushra Iqbal is a Pakistani actress , comedian, singer and playwright who started her career as a child performer in the 1950s

She is the world’s youngest Nobel Prize laureate, and the second Pakistani and the first Pashtun to ever receive a Nobel Prize

Syed Ahmed Shah, commonly known as Patras Bokhari, was a Pakistani humourist, writer, broadcaster and diplomat who served as the first Permanent Representative of Pakistan to the United Nations.

Sharmeen Obaid-Chinoy is a Pakistani-Canadian journalist, filmmaker and activist known for her work in films that highlight the inequality among women.

Laraib Khan is a professional VFX artist who hails from Isakhel, Mianwali, Punjab, Pakistan. She worked as a visual effects artist for a myriad of Hollywood films including 10,000 BC, The Chronicles of Narnia, Prince of Persia, Godzilla and X-Men: Days of Future Past.

Deepak Perwani is a Pakistani fashion designer and actor. He is a member of the Hindu Sindhi community in Pakistan.

Salman Taseer; was a Pakistani businessman and politician, who served as the 26th Governor of Punjab from 2008 until his assassination in 2011. 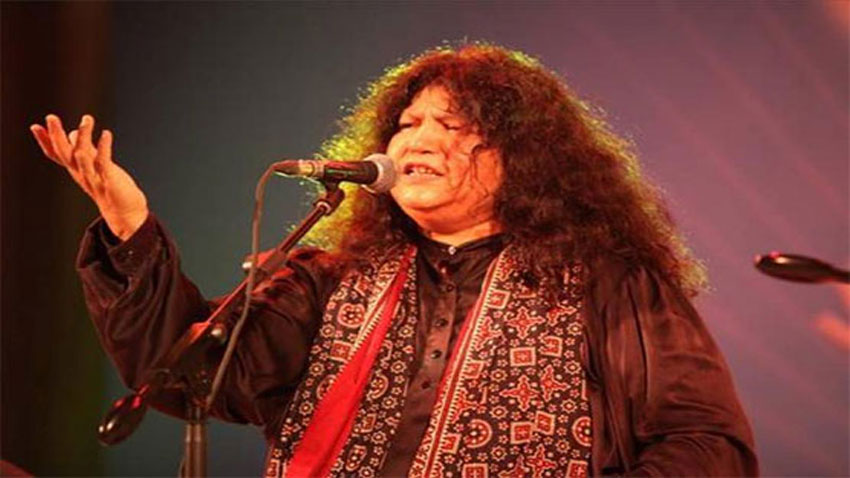 Her singing and music have earned her many accolades, and she has been dubbed the ‘Queen of Sufi music

Yasmeen Lari is Pakistan’s first female architect. She is best known for her involvement in the intersection of architecture and social justice.

Amir Iqbal Khan PP is a British former professional boxer who competed from 2005 to 2022. He held unified light-welterweight world championships

Amina Wali is a Pakistani alpine skier. She remained national champion for 15 years

Bashir Ahmad, born October 12, 1982) is a Pakistani-American professional mixed martial artist who is known as the “Godfather of Mixed Martial Arts Pakistan”.

He is credited with creating the name “Pakistan” for a separate Muslim homeland in South Asia and is generally known as the originator of the Pakistan Movement.

Ansar Burney is a Pakistani human and civil rights activist and former caretaker Federal Minister for human rights in the Pakistan cabinet from 2007 to 2008.

Hakeem Muhammad Saeed was a Pakistani medical researcher, scholar and philanthropist. He served as governor of Sindh Province from 1993 until 1994.

Sheema Kermani or Kirmani is a Pakistani social activist, the founder of Tehrik-e-Niswan Cultural Action Group and an exponent of Bharatanatyam dance.

Pervez Amirali Hoodbhoy is a Pakistani nuclear physicist and activist concerned with the promotion of freedom of speech, secularism and education in Pakistan.

Salima has contributed to teacher training, instructing more than 7,000 teachers across her province, and 8,000 more throughout Pakistan

Ashfaq Ahmed Khan was a writer, playwright and broadcaster from Pakistan.

Who is your favourite hero? let us know in the comments below.

cover image via The Indian Express