So you are one of the many who are cursed with the responsibility to have to wake up early in the mornings. Maybe it’s 8 am, or it could be as early as 5 am, it doesn’t really matter because anytime before a 10 am time to wake up is way too early in the morning for a normal, sane human being’s health (the doctors know nothing, don’t listen to them).

Anyone who has to wake up early has been through all of this, take a look:

Every day the first sound you hear is the annoying alarm

Or your mom screaming for you to wake up or you’ll be late! 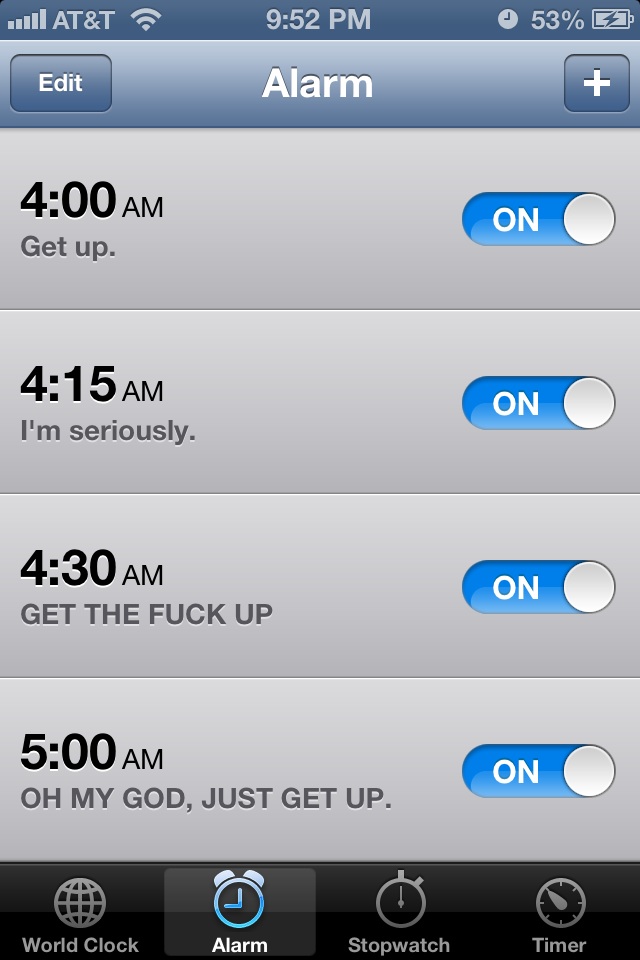 But you have failed miserably, every time.

Getting out of bed is a full-fledged struggle for you

And you lay in bed, for longer than you would admit, dreading having to open your eyes and leave the cozy, warm bed of yours.

It doesn’t matter when you sleep at night; yawning is your constant companion throughout the work or class – maybe a little bit of drool too.

Coffee and tea are the companions of every early riser. We have one hand on our mugs and the other on our eyes, rubbing out the sleep from them.

You can’t stop yourself from cursing your fate

If it isn’t your school administration who is responsible for such early classes or your boss for starting office at this time, it has to be your fate that has cursed you to a life of waking up as the sun does.

I mean, even if you are prepared with enough knowledge to speak on the matter, the fact that your brain is still sleepy is more than enough of a cause for embarrassment.

Especially if it is that annoying motorcycle wala who is driving at a snail’s pace in front of you right in the middle of the damn road.

Like, how are they even able to stand upright at such an early hour?

So this is what the world looks like early in the morning.

You are jealous of everyone who manages to do it

You don’t hate them, you wish you could do it successfully like them. But you just can’t deal with having to wake up so early in the day.

Unless you are awake all night and go to nashta when it’s time, then it’s absolutely fine.

But your torrents call you every time you get in bed and check your laptop for the last time before you go to sleep.