This is How Eid ul Azha is Celebrated Around the World

Eid ul Azha, also called Bakra Eid, is a more subtle affair than the Eid ul Fitr. People have relatives performing Haj while some are making qurbani; the whole atmosphere is more spiritual, less colorful and yet absolutely as much, maybe even more, chaotic. The meat distribution, people greeting, packing up the leftovers and cleaning up after the butcher are just some of the activities that occupy you for the whole three days. On top of that we have celebrations on two different days in the country (thanks, Popalzai!) so that only adds to the chaos. But do you know how Muslims everywhere else celebrate Eid ul Azha?

The country is not only hosting the millions of pilgrims for Haj but also marking this important festival with its own citizens. Saudis love to buy gold, especially for this event, so along with a rise in sales of sacrificial animals there is a boom in the gold trading.

Eid ul Azha is called “Eid il Kibr” in Egypt. The rest of the day, after the Eid prayers, is a celebratory affair. Parties are held all over the country and meat distribution by charitable organizations is done on a large scale.

This Eid, also referred to as ‘Bakri Eid’, is an important affair for Indian Muslims, like their fellow religious brethren everywhere else. However, there is a beef ban in Maharashtra and Muslims are concerned about this restriction on their religious freedom. Many are asking for the UN to intervene, after the Bombay High Court refused to lift the ban for Muslims this Eid, as it is a matter of their fundamental human rights.

Open air areas are especially popular for Eid prayers in the country. The festival is also known as Idul Adha or ‘Lebaran Haji’. A special sacrifice called “Gunungan” (mountain) is made, it is made with vegetables and fruits, usually. Eating it, after prayers have been said, is thought to bless a person for the rest of the year.

Kurban bajram or Eid ul Azha is celebrated by Balkan Muslims with morning prayers, usually conducted on the streets, parks or city centers. Kurban Bairam or Kurban Ait is what Eid ul Azha is known as, in the local language. Special sports competitions are organized in major cities as a way to commemorate the festival and traditional Kazakh cuisine – simple yet hearty fare – is prepared.

The country has shown Muslims, and everyone else, around the world, how to practically make sacrifice and show compassion – the message of Eid ul Azha. This year more than 150,000 Syrian refugees will be marking Eid in relative peace, with the help of the German people. 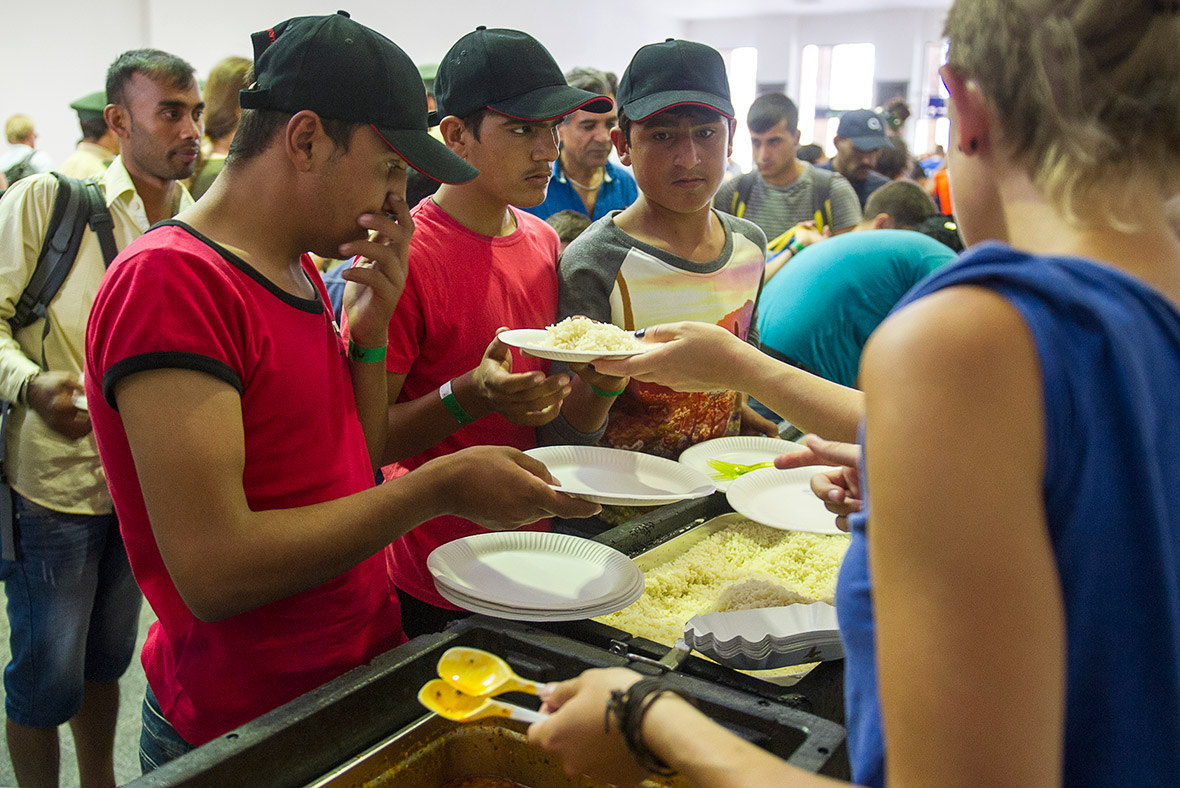 Eid ul Azha in Iraq is a bleak affair. The war torn country faces these major events with fear of more deadly attacks as experienced almost every year in the past. The government of Iraq has implemented a security plan to avert any untoward incidents and the people are ever resilient to keep on living life. This year, in an interesting union of Abrahamic faiths, Eid ul Azha overlaps with end of the Jewish holiday of Yom Kippur, which is said to be the holiest day in the Jewish faith. Muslims cannot, usually, openly sacrifice animals on the streets due to environmental laws in most parts of USA but Muslim slaughter houses carry out these sacrifices for the people.

Eid ul Azha is celebrated in Malaysia by the name of Hari Raya Haji. There is a single day of public holiday as opposed to a three day long festivity like in Pakistan. Family reunions are an especially cherished aspect of this Eid among Muslim Malaysians.

Eid al-Kabir (literally translated as ‘Big Holiday’) is celebrated as the most important Muslim festival in Morocco. Sweets and cookies are prepared in advance for the special day and new clothes purchased for the children. Since Moroccan cuisine is heavily focused on meat based dishes, the variety of foods prepared especially for this festival is tremendous.

China, although the closest friend of Pakistan(the second largest Muslim country by Population) , has always treated its own Muslim community with a little bit of derision. With reports of Muslims being banned from keeping fast during the holy month of Ramazan, it is rather heartening to see Chinese Muslims being allowed to carry out sacrifice for Eid ul Azha, regardless of how regulated it is.

How is Eid celebrated in your family?

Falling in love with your best friend is always a risky gamble, but I realized that it was the best decision I ever made in my life.

TikTok star Jannat Mirza, over the course of her rapidly growing career, has made quite a name for herself on all social media platforms.

I'd lived most of my life in Punjab but then, due to my father's job, I had to move to Karachi. Here is what it was like for me to move.

Karachi United Football Foundation just won at the KE KHI Awards and it was quite the happening event recently.

21 Of The Best ‘Worst Breakup’ Stories Told By Pakistanis

You know what they say: aesi koi jawani nahin jis ki koi kahani nahin. We wanted to hear your worst breakup stories. And you guys delivered.

People are making Princess Diana jokes after the death of Prince Philip who passed away earlier today at the ripe old age of 99.