Snapchat has become one of the most important social media avenues for us to interact with one another for VARIOUS reasons, update our friends with what’s been up with our lives that specific day, and use it as just another medium to take selfies and post them instead of leaving them unused and unwanted in our galleries and so on.

We ALSO have people on our Snapchat that we would like to get rid of… But the thing is, we won’t because DEEP DOWN INSIDE we all love to watch the things that annoy us the most and whenever we see a Snapchat story. So here are those 13 people on our Snapchat we absolutely hate but love at the same time because well… they’re our dose of entertainment for the day:

Everyone has at least one person on their Snapchat who snaps every single thing they do that day and by the end of the day they have a 220 second long story. They document everything. Absolutely everything- from the confusion they faced while choosing the right lipstick, taking pictures of what the weather is like that day, and then about 50 seconds of selfies with every single person they met that day.

And because you have OCD and need to remove those little circles of stories, you go crazy going through the entire 220 second story.

Some of us still have those friends who use Snapchat for the very reasons it was invented: a picture that can last for 10 seconds max and disappears forever? YES! So it’s these generous people who allow you to have a ‘sneak peak’ into their lives (literally) and unlike ‘The obsessive one’, they express it by sending you 2-3 second snaps that reveal a little too much… and always leave you bewildered.

There’s always that one person who is the first to see your story no matter what time of the day it is; and it’s that very same person who goes on watching all of your snaps right till the end of your story. Deep down, you’re flattered af and love the attention but then your vanity can’t help but wonder..

Then there’s that girl who sends out snaps looking absolutely flawless with a beautiful smile on her face but saying ‘worst day ever’ at the same time.  Or that person who ‘woke up like this’ but looks like she’s about to attend her own wedding.

WHY DO PEOPLE DO THIS. YOU LOOK BEAUTIFUL STOP LOOKING FOR COMPLIMENTS LADY.

5. The TV addict who snapchats EVERY SINGLE TV SHOW

There’s always that annoying Snapchat story that has a snap zoomed in on a TV screen with either a Game of Thrones episode playing, or a FIFA game being played and this isn’t just a 10 second story.. This is literally 50 seconds of your life wasted on little glimpses of episodes that you would never understand then and there. The worst is when someone snaps every scene from a movie at the cinema.

And let’s not forget the flattering selfies people put up of their beautiful faces and double chins with a caption as unrelated to their face as can be.

To be honest, you find these everywhere- on your Facebook, on your Instagram and unfortunately, now Snapchat too. So it’s not just images of these people buying one another flowers, or cooking for each other.. It’s when they post several snaps of themselves brushing their teeth together or like feeding one another food… and you’re just like

Yes all of these things can be super cute but these couples need to understand that showcasing their relationship for 80 seconds a day, that too..Every single day..with every single detail.. Destroys the appetites of some while ruining the concept of love for some others.

9. The filter addict a.k.a the doggie

We have those who use every single filter option Snapchat has and feels the need to post it too. There’s absolutely no harm in trying out these filters guys… but pointlessly posting them on your story just to show us you’ve used the filter of the day today? Please and NO thank you. They’re so obsessed with these filters they end up using them with anyone and everyone, and when we say everyone… we really mean EVERYONE. 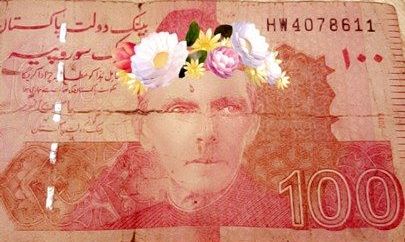 We all have asshole friends who snap their friends in the most unflattering of ways, making them look hideous and probably embarrassing the hell out of them. Did we want to see your friends hairy butt crack while he was sleeping?

I DON’T THINK SO!

This person always has Snapchat stories of Food. Be it ammi’s daal chawal or Sushi from Sakura, waffles for dessert, or strawberries and anaar, or LITERALLY. ANYTHING. THESE. PEOPLE. ARE. EATING. IS. SNAPPED.

Then we have those Snapchatters who have been silent throughout your entire Snapchat career. So while you are constantly updating the world about your life, they’re secretly watching everything BUT NEVER UPDATE YOU ABOUT THEIR LIFE.

Last but not least, we have the ‘Snapchat oversharer shoda‘, who always makes it a point to use all of Snapchat’s features in the most fanciest of ways. And this ‘oversharer’ really makes you believe that you haven’t mastered anything in life if you haven’t mastered Snapchat because he’s just so talented with it.

All You Shawarma Lovers Out There, Here's Some Really Bad News About Your Favorite Food