14 Struggles Anyone Who Watches ‘Mann Mayal' Goes Through

Are you one of those who act all “Mann Mayal is the stupidest show ever” on the internet but at home you go like “Ami, Mann mayal lag gaya hai“? Don’t worry,  you’re not alone. There are many out there who go through this struggle everyday. And we understand your struggle. Mann Mayal has been rated on top since it got on air. People went crazy over it, waiting on Mondays at 8pm so they could see how the story turns out. Though it has been criticized badly by many on the internet, still no one actually stopped watching it.

Now that the story seems to be coming to an end, (hopefully), let’s take a trip through the struggles of a Mann Mayal fan:

1. You love the soundtrack

Even before the show started, you were addicted to its OST. It was sung by one of the most talented artists of our time: QB. When you were all caught up in doing something and all of sudden you heard a beautiful voice coming from the television, all you did was turn to the TV and listen to that amazing track. Well, that’s not gonna happen anymore once the drama get off air, so enjoy it while it lasts.

2. But then you also knew that the song was so depressing

There is an other voice in your head which tells you to stop listening to this stupid, silly and sad love song because NO, this is real life, you get an eye contact with a hundred people out there and it does not make you feel “Kyun laaiya ankhiyan” I mean who even talks that way?

3. You get blown away by Hamza Ali Abbasi in every episode

We all know the one reason why everyone was excited about Mann Mayal. You get to hear his husky voice which makes you drool all over him. Plus, Hamza Ali Abbasi wears shalwar kameez in this show. Enough said.

4. But his character is so shallow

He is handsome, we get it okay? stop rubbing that on our faces. How can you ignore the fact that this guy has zero guts to actually try take a stand and marry the girl who is absolutely crazy for him, but no.

5. The love story is so romantic

It showed the mohalley wala pyaar in a small town where the girl kind of makes the first move. The family is okay with it too, but the guy doesn’t think he is worth it. That was cute. And romantic.

6. But then you realized she fell for her teacher

Tutors are supposed to teach you maths, not get it on with you on the bloody rooftop! Why is this even normal?

7. The love scenes were enacted beautifully

If you were too tired of watching a girl and a guy sitting in some fancy restaurant, sipping on coffee and saying “tumhare bagair mar jaunga“, Mann Mayal brought you some really nice refreshing romance. Mannu takes a bite of food from Sallaudin’s hand while standing on the rooftop with moon shining upon them, like awww… and that time they can’t stop looking at each other at the shrine? Dead.

8. But then Jeena messes it all up and romances her household employee

Okay, Jameel, who was an employee of Sallaudin has a thing going on with Sallaudin’s honay wali biwi. Is that kind of perverted or am I too much a prude?

9. You felt bad for Jeena because she was an orphan

Jeena is head over heels in love with Sallaudin but he just can not get over his bachpan ki muhabat, She does every thing nice and sweet for him, cooks him food, get his laundry, shops for her, manages his work at the office and he even gets engaged to her but leaves her anyway. That is like the saddest thing ever. 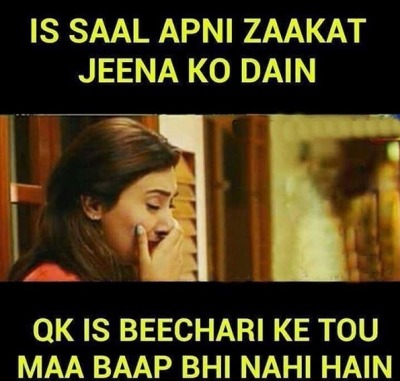 10. But she is also your favorite couple’s evil villain so no.

Although she seems all nice and sweet, she has an other side to show yet. She is pure EVIL, I tell you.

11. Mannu ki baybassi made you feel for her

Her lover does not marry her, then her parents make her marry a rich, spoiled as hell but RICH guy who seems like perfect for her but is evil. Well, Mannu manages to give birth to two children in one episode and later, gets divorced. But Hey! her lover is back,

Her dad married her off to this huge jerk and all she did was ghar bachana hai. Then, she can not seem to stay away from Sallaudin and sees him as a knight in the shining armor.  GET A GRIP WOMAN!

13. The twists in each episode keep you wanting for more

Each episode has something new to offer, the story gets an unexpected turn every now and then. You may not get bored because something interesting will happen. Especially, the latest episodes were so much fun. Every character was seen with a new form.

14. But you can’t take it anymore, because aapkay toh maa baap hain and they love you

My quest for this ideal book ended when I finally heard about Pakistan's first English self-development book, 'Dare To Be You,' by Shahzad Malik.

Delite Pakistan is showing people it cool to care! With their latest ad, a father shows his son the ropes of what it means to care for another living ...

As soon as people got to know that Saba Qamar shot a music video inside a mosque, they started to bash her. Saba responded to the entire controversy.

Express News just made a hilarious goof up about a news they published regarding Mahira Khan recently and people can't stop trolling them for it.

"Lockdown Ke Side Effects" creatively highlights our challenges and struggles of the time. The light-hearted series gives insights into the Lockdown l...

Aamina Sheikh shared a post with engagement rings on Instagram and with celebs congratulating her, people have begun speculating.