What It's Like To Be An Ahmadi Growing Up In Pakistan

Being an Ahmadi in Pakistan is… well, an experience

I spent most of my early childhood in Quetta in the same house my dad and his siblings grew up in. It was a typical joint family arrangement.

Right across the street, there was what appeared to be the ruins of an old mosque.

The surrounding area of that structure was a garage. Seeing a mosque in such a terrible condition didn’t bother me as much as it confused me. After all, it was Pakistan the country founded in the name of Islam and mosques were sacred places that everyone cherished and protected. 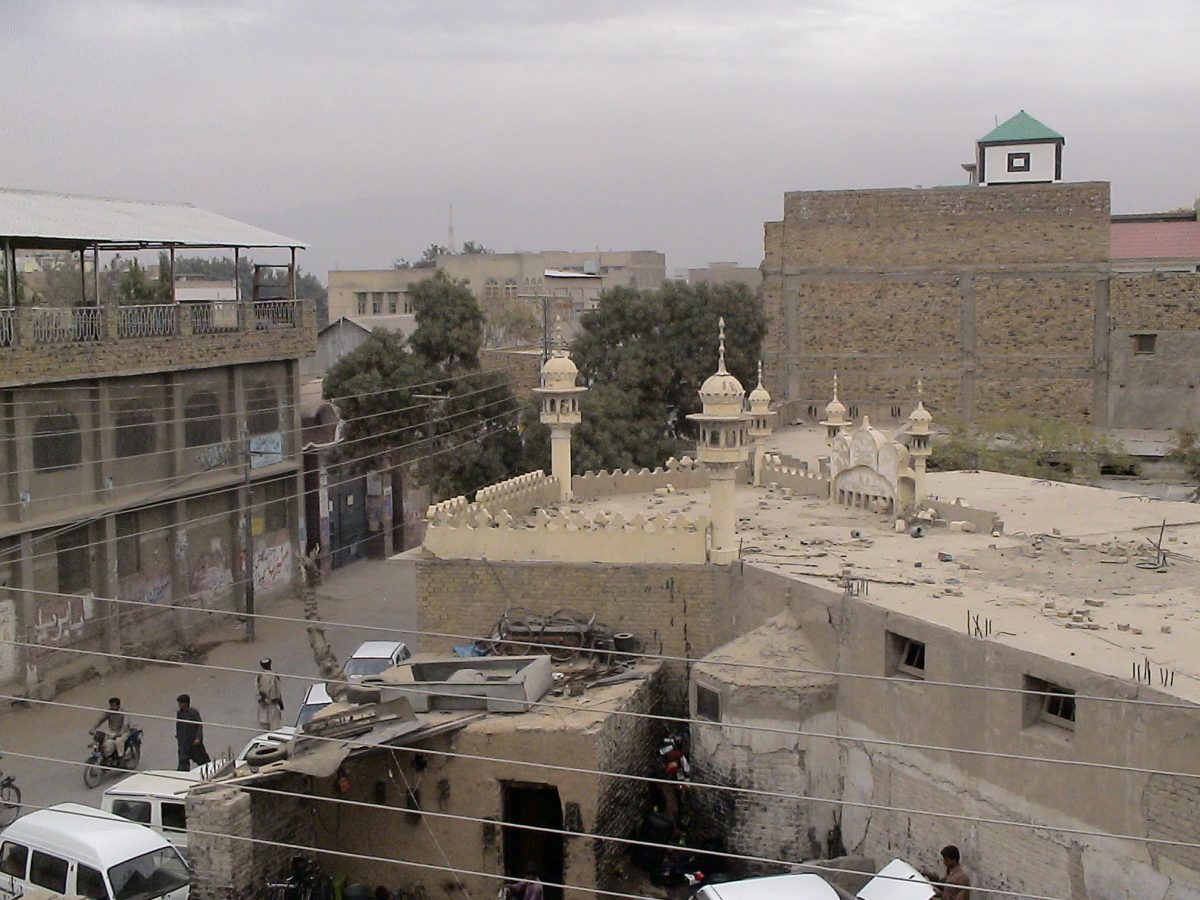 However being a kid I didn’t give it that much thought and was more concerned about other pressing issues like what’s going to happen in the next Power Rangers episode.

I asked my parents about the destroyed mosque a few times but they always changed the topic by saying, “abhi tum chotay ho“

I hated this phrase. It made me feel that something really important was being kept from me on purpose. 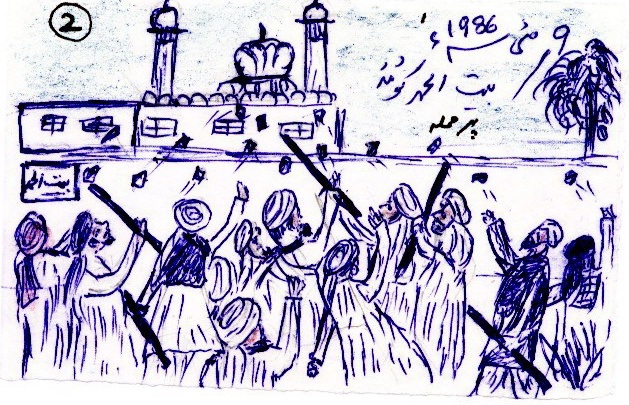 I would say I was fairly religious at this point in my life. Not because I had a deeper spiritual connection, it was more so a feeling that I was good at the practice of it, like when you master a certain sport. During this time I didn’t understand why everyone went to this house far from my place to offer prayer instead of another masjid that was relatively near us that everyone else in the neighborhood used to go to. I didn’t ask anyone why this was the case though. Mainly since I didn’t want to hear the “abhi tum chotay ho” routine, again.

In school, a normal question everybody asked one another is whether you’re a Shia or Sunni. No one even dares to ask if you’re an Ahmadi in Pakistan probably because of the obvious tension that will follow

While none of us actually knew the difference between the two, the question still carried a huge significance, apparently. No one hated each other because of the difference, though. In many ways kids are more tolerant than adults. It was like an identity thing back then. Kids could categorize you into a group based on your religious affiliation, with only having heard the names of those religious sects from their elders and not necessarily having any understanding of the categorization. Anyway, I had always assumed that everyone followed the same brand when it came to religion except when your name was Rahul, Prakash, Vinesh, Harrison, Ronald or John.

Since I didn’t want to appear stupid in front of my friends I asked my mom what kind of Muslim we were, out of the two. For once I didn’t get the “abhi tum chotay ho” response. 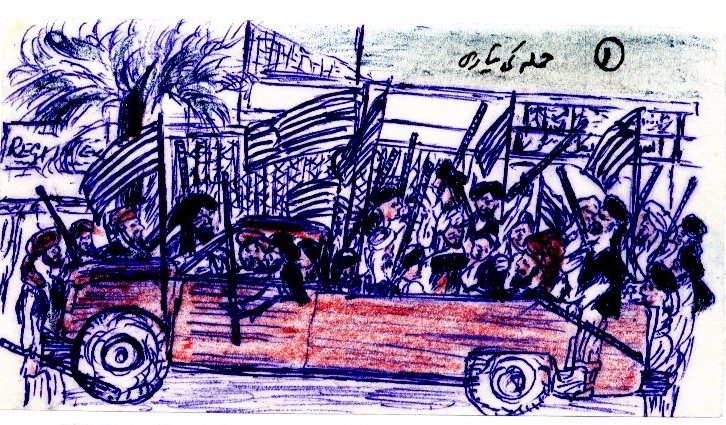 But the answer she did give me didn’t satisfy me either since it was neither Shia nor Sunni. I was instructed by her never to have these conversations about my sect affiliation in school and I didn’t understand why that must’ve been the case, until, of course, I got much older and realized the significance.

It was when I was ten that everything sort of changed for me. I was chilling with my best friend and he randomly asked me that who named me. I immediately answered, “Hazrat Mirza Tahir Ahmad” thinking that my friend knew who he was.

While this was the first time I heard those words I understood the context and how my mother had asked me to not discuss it, and it made me feel really uncomfortable. Actually, I felt naked when my friend asked me that, as if my secret, my protective layer was taken off of me.

I won’t go into the details of the aftermath of that question and how my friendship ended with that person but if you haven’t already guessed I am an Ahmadi and Mirza Tahir Ahmad was the fourth caliph of the Jammat e Ahmaddiya.

When my parents found out about this incident they were furious and worried when I described to them what happened at school.

I was, however, glad that instead of getting “abhi tum chotay ho“, this time around I got all the answers I had been looking for and their fears about this incident. Turns out the masjid like structure outside my childhood home in Quetta used to be a place of worship for Ahmadis. It was closed down when Ahmadis were declared non-Muslims in Pakistan. It was a pretty heated affair when all of this took place.

We moved to Karachi a year or two later. I had a few brief episodes in school where I clashed with other kids who questioned my faith because they had heard things about it from home, but nothing serious. There’s a funny story, though, when a friend of mine in school tried to convert me as he recited chapters from a book called ” Qadiyaniat yani Shaitaniat“. I laughed it off and nothing came of it.

All in all, I would say that I had a pretty normal childhood, despite being an Ahmadi in Pakistan

I enjoyed cartoons, got scolded by my parents on mediocre grades, loved video games and despised vegetables. As an adult, I have the additional privilege of surrounding myself with friends and colleagues that have never made me feel like an outsider whilst knowing full well of my religious identity.

That being said, I still haven’t been able to figure out my place in the country, as a whole, given the obvious discrimination against any Ahmadi in Pakistan. 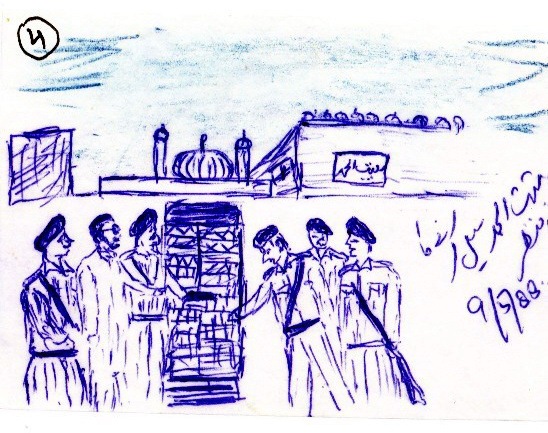 From a legal standpoint, Ahmadis don’t have the right of self identification. They can be prosecuted by the courts for even indirectly referencing themselves as Muslims. As an Ahmadi if you wish to vote you would first have to acknowledge what the government wants you to say: that you’re a non-Muslim. So basically, either you forgo your covenant with God or lose your right to live as an equal citizen.

Given the violent incidents with regards to religion there is also this constant fear of either you or your loved ones getting into trouble over using the wrong set of words. The fear of something happening is just there, no matter how much you try to control your social environment it’s still there.

My heart still races whenever I am getting my Passport photocopied.

The majority in this country sadly believes that Ahmadis should just accept their place under oppression or leave the country all together.

Take the 2010 terrorist attacks on Ahmadi mosques for instance. No prominent figures of the country ever attended the funeral proceedings of those victims, which makes you think that Ahmadi lives are worth less than other such victims of violence. Even while expressing  sympathy for Ahmadi victims of a violent incident most people make it a point to explicitly state that members of the community are Kafir.

Your country is, in the end, the people that live in it. Sure, you might have an association with the geographical location but it’s the people as a whole that give you an identity. And I don’t hate my identity, or my country. How could I? This is where I was born and spent my entire life up until now. My great grandfather had opted to move to Quetta from India at the time of partition. He initially had reservations about abandoning his home in Qadian that is located in Indian held Punjab. Although he was delighted at the formation of Pakistan, and like most people, migration appeared as a huge undertaking so he had thought of not doing it. But when violence erupted, against minorities and Muslims, specifically (and since Ahmadis weren’t declared non-Muslim back then, they got targeted too), he decided to migrate with his family to the newly formed Pakistan.

As my grandfather recalled, every one who was Ahmadi in Pakistan, in that community, had to leave everything behind and start fresh in Quetta. Pakistan had welcomed them with open arms when they had nothing. Now it’s the same Pakistan that wants to wipe us out as if we were some virus.

As an Ahmadi in Pakistan that is now looking to remove our existence from the face of this earth, I’m just confused about this change of heart.

Let’s cheer for Master Molty Foam who is keeping us entertained with their delightful TVCS with our favourite Sajal and Ahad Raza Mir.

RIOS: The Emerging Multi-Brand Store In The Pakistani Beauty Space

In the country’s beauty space, RIOS has emerged with a strong make-up, skincare, cosmetics, and fragrance portfolio.

Over the years, cryptocurrencies have rapidly gained popularity worldwide, growing a market of $2.5 trillion.

Zee.sy designs all kinds of earrings in different forms and sizes to suit your beautiful faces, and that too at pocket-friendly prices.