Are TikTok Stars Kanwal Aftab And Zulqarnain Sikandar Getting Married?

Looks like our celebs aren’t the only ones getting married during lockdown without any prior notice. This just in: TikTok star Kanwal Aftab was seen donning a yellow mayoon dress while getting bridal henna done. That – and her story, where Kanwal calls herself Kanwal Zulqarnain

If you are a Tik Tok nerd like us, you would know that Kanwal Aftab and Zulqarnain Sikandar are inseparable when it comes to shooting TikTok videos.

They are often hogging each other’s Insta feeds with photos as well. Though the duo has never made it official, speculations about them dating have been around for quite some time, and evidently so.

A quick look through their feeds is evidence enough that Kanwal Aftab and Zulqarnain are a couple.

Kanwal Aftab recently stepped into the world of television with her very own show and Zulqarnain was there to cheer her on!

Though they have kept it cryptic or maybe never felt the need to talk about it publicly, we have witnessed a change in pattern in their recent post.

They expressed their love for each other with captions such as “Loving you never was an option. It was a necessity. @kanwal.135″

Recently they even took a trip together to the Maldives which is dubbed as THE ultimate honeymoon destination!

And now it looks like Kanwal and Zulqarnain are getting hitched for real!

In a recent interview, when Kanwal was asked about marriage she hinted that she will be getting nikkahfied soon but didn’t say with whom. Now, she has shared a series of photos and videos in a mayoun dress getting mehndi with a “bridal mehndi” sticker. 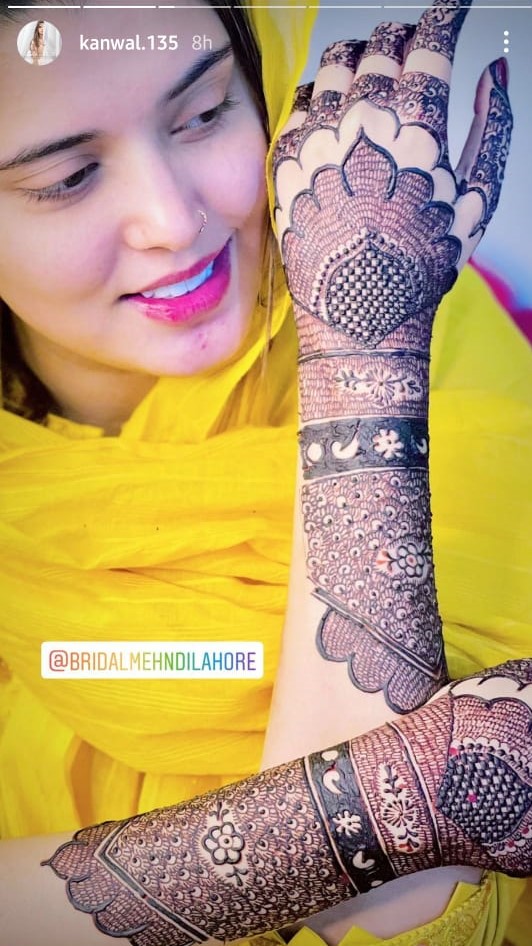 Kanwal Aftab is looking lovely in this minimal bridal look!

And we are loving the intricate mehndi design.

So, we did some digging and turns out Kanwal Aftab has in fact making the transition to Kanwal Zulqarnain according to her insta-story.

People are ecstatic after seeing the beaming bride!

So far we have only seen these mehndi pictures, we wonder if the duo has already tied the knot or the wedding is yet to take place. Either way, we wish the lovebirds the heartiest congratulations.

With the advancement of the digital world, anyone can now become a content creator on social media. All you need is a smartphone.

A Mysterious Card Is Circulating On The Internet. What Is It About?

Can anybody guess who sent that card though? It comes without a name, but a floral ‘Wild About You,’ and a countdown that stops the heart

An Influencer In Karachi Got Bashed On Twitter! Here Is What Plentys.pk Did!

Plentys.pk took an initiative to break the professional stereotypes by providing everyone with a judgement-free online shopping experience

Karachi's Set To Reopen Pakistan's First Casino That Was Shut Down Before It Could Launch, Over 40 Years Ago