This is What Life For Women Around the World Looks Like

Editor’s Note: The views expressed here are those of the author’s and don’t necessarily represent or reflect the views of MangoBaaz

The Turkish public has been recently shaken by a very disturbing incident. A beautiful young girl, Ozgecan Aslan, was martyred as a result of an inhumane attack. As the nation was reeling from the news, other horrible stories of the murders of women came out. Not a day passes without new incidents of violence against women, sexual assaults or murder, both in Turkey and in the world. What is even worse is that the situation doesn’t change regardless of a county’s level of education, development or cultural background. Any attempt to correlate the level of development of countries with levels of violence against women is immediately discredited by statistics showing that women face the same misogyny, violence and attacks almost everywhere in the world. 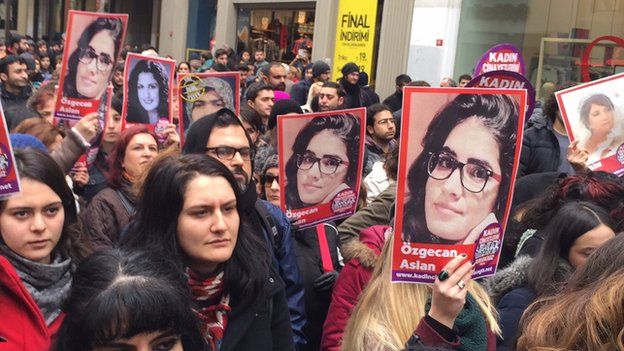 Today half of the women in the world face violence at the hands of their husbands.

In China, a family could, until recently, have only one child and for this reason boys were mostly preferred, leaving 1 million girls to die every year as soon as they were born.1 Every year, all around the world, such discriminatory policies and socio-cultural prejudices lead to the killing of 200 million baby girls.2 According to the data provided by the International Organization for Migration, every year 600,000-800,000 people are used for cross-border human trafficking, 80% of them being women. 3 54 countries still have discriminatory laws against women. One in every three women is assaulted, subjected to sexual abuse and rape. 70% of women who are murdered are killed by their male partners.

Historical abuse of women and its causes

Women were subjected to abuse, violence and economic exploitation in the past and they still have to deal with the same problems. Sociologists and psychologists study the reasons for violence against women and their studies suggest that social problems like unemployment, poverty and lack of education, the abuse of alcohol and drugs, psychological trauma suffered by men in their childhood and various social pressures to “act in certain ways”, play the primary role behind this violence. There are some even ridiculous and irrational theories that suggest that violence and aggression are in men’s natures and aggression means power, bravery and strength for men; none of these explanations can justify violence against women.

Academic studies provide important scientific facts that can be used to prevent violence against women. However, it is true that these studies and the measures taken are not enough to solve the problem because neither income levels, nor high education levels or a nation’s level of development can prevent violence against women. For instance in the USA, a woman is raped every six minutes. One out of every seven women is raped by their male partners in the UK. In France, six women lose their lives every month due to domestic violence. 7 The situation is not so different in our country; 97% of our women are subjected to violence and only in the last two months, more than 30 women were killed.

This disturbing trend clearly demonstrates the fact that women have to live their lives in a state of constant concern, oppression, psychological pressure, inequality, discrimination and injustice.

Political and social pressure against women is like a despicable habit from the past.

Behind this dark state of mind that prevails even in the richest and most developed countries of the world, a tendency to see women being worth only half as much as men can be found. As a result of that, women are seen as weak and helpless creatures that need to be controlled and dominated. This misconception plays a huge part in the fact that in many countries of the world, women are deprived of their rights to be educated, locked up, subjected to legal and traditional restrictions, face inequality and discrimination at workplaces, and invariably become the poorest, weakest and most unprotected part of the society.

This twisted state of mind that is deeply embedded across the world, and the incorrect methods employed to safeguard women’s rights need to change

Yet it is also clear that such efforts to claim rights cannot be successful with condemnations, criticism or through superficial laws alone; it is very important to give priority to women in politics, business life, in social life, at home, in short, everywhere. Deterrent laws against domestic violence targeting women, increasing the numbers of shelters for women, campaigns to prevent violence against women, educating parents and the media could help. Everyone wants the perpetrators of crimes against women to be punished in the most severe way. However, what must be done is making sure that such crimes do not take place in the first place.

To solve the problem, one needs to delve into the real reason behind it. The main reason is the wrong-headed education system that encourages people to be selfish, to move away from God and the faithlessness that results. Many people don’t believe that the nature and living things have a Creator and they don’t believe that everyone has the right to life. In a society of egoistical, selfish people, feelings of a violent desire to possess, jealousy, loveless-ness and hatred become commonplace. Compassion, mercy and understanding are replaced by fighting, aggression and conflict. The belief that might, not  right, should prevail turns the world into a living hell. For this reason, many people, even when they get a good education and are well-off, cannot abandon the culture of violence in their souls. Selfishness and loveless-ness push people to believe that they should care about themselves alone. Women and men get together only for their personal interests and end up hating each other. As a result of that, women who are physically more fragile are subjected to violence. The most beautiful houses turn into nightmarish prisons.

Women are one of the most beautiful manifestations of God in the world and are precious. 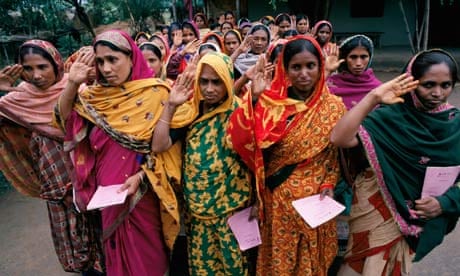 Contrary to the popular belief imposed by various twisted ideologies, the world should be told that women are equal to men, if not superior, in many aspects such love, compassion, loyalty, kindness, cleanliness, considerate thinking, quality and beauty, among others. It should be remembered that women are delicate and pleasant, clever and very quick-thinking.

It is crucial that young people are taught about these beautiful qualities of women in a serious, sincere educational system that does not need to compromise on the religions aspect of their learning.

Because, any God fearing man would know that treating all of God’s creations with care is our responsibility.

The writer has authored more than 300 books translated in 73 languages on politics, religion and science. He may be followed at @Harun_Yahya and www.harunyahya.com

Hira Mani And Her Being Emotionally Correct: Why Do Cybercitizens Think She Needs Help

Hira Mani is a known face in the Pakistan television industry, but why are netizens comparing her to Kangana Ranaut?

Ideas Pret's fabric quality is unmatched; providing the required comfort and ease that one is looking for especially in summers of Pakistan.

Why Do My Friends Slut-Shame Me Everytime I End A Toxic Relationship?

Aisay dost kisee dushman ko bhi na milain! Reading your questions makes me question, are they even your friends?

This is Why the Lawn Madness in Pakistan Needs to Stop.