This Is Why 2022 Will Be Recorded In Pakistan’s History

Safe to say there have been tremendous amounts of things that have happened that will make  2022 a part of the syllabus very soon.

Witnessing history being made right in front of your eyes is never easy. There is nothing one can expect.

Recently, our former president dissolved the constitution, our former prime minister lost his seat due to a no-confidence vote, and Amir Liaquat once again switched sides (but that’s not something new).

Netizens took this to TikTok and Twitter to express their thoughts

They were satisfied because they won’t be the ones to write a 14 marks answer on how the politics of Pakistan changed overnight.

While some liked the changed and wanted PDM to win, others were not so happy about the fact that Khan was voted out of the Supreme Court; given that he was elected by the people.

Pakistanis were waiting for Kaptaan Imran and his last ball

On the 10th of April 2022, a non-confidence motion was accepted, for the first time, in the Supreme Court of Pakistan. At 11 pm a meeting was called and within minutes the declaration was passed. Making the situation a little light for all of us; Twitter was flooding with people having a LOT to say about what has been going on. 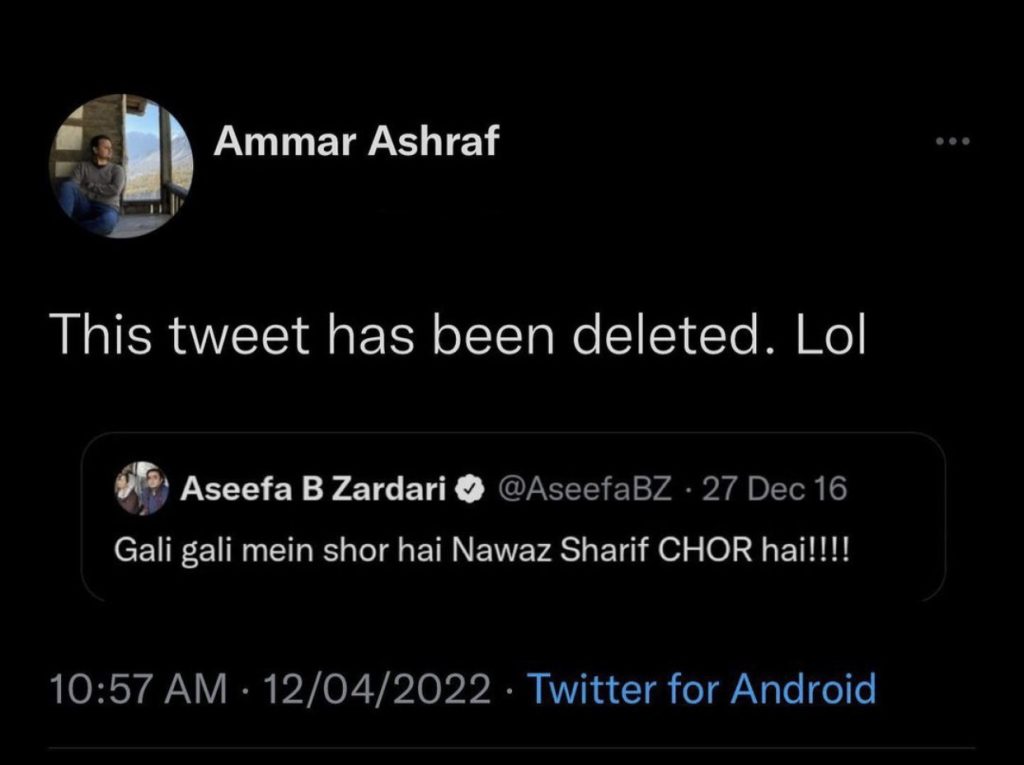 In another first, JS Bank now offers its clientele the facility to open an account digitally via its WhatsApp Bot titled ‘JS BOT’.

Asim Azhar and Merub Ali are Pakistan’s most lovable and followed celebrity couple. The couple was spotted at the Free Fire shooting set.

I Want To Take A Gap Year, But I Fear Being Labelled A Failure

In olden times, it was only the songs that brought people to cinemas, but the team of Chaudhry has brought the best songs together.

Be it your mother or grandmother they all have one superstition in common; mirrors. Mirrors are deemed to be the gateway to the unknown.

Tetiana, a Ukrainian travel influencer relocated to Pakistan after getting married and is blending really well with the desi culture.