Pakistan, We Need to Talk About The R-Word. Rape.

In a country where a show of skin practically makes men go to war, one can imagine the consequences if someone decides to be the slightest bit liberal. But the truth is, and thanks to more and more feminists speaking up, skin has little, if anything, to do with the consequences. The fact of the matter is that harassment, unwanted advances, and rape are not directly proportional to the length of your kamizes, the nip of your shalwars or the tuck of your dupatta. It stems from the inherent male chauvinism that breeds within our society.

It derives from the simpleton statement, “Boys will be boys”

While growing up, there was a wonderful comic book and Urdu animated TV series that went by the name of “Meena”. The storylines were simple, yet meaningful. They made you think a lot of the social norms that have sprung up over the years in the Pakistani society, cultural evolution that has little to do with religion and more to do with power plays.

One particular episode really stuck. Meena and her brother are on the dinner mat and there’s a bowl of hard-boiled eggs being passed around. The mother hands Meena half a boiled egg and her brother two whole eggs. Meena complains but the mother simply states that he is a boy growing up to be a man and so, he needs all the nutrition he can get. There is also talk of the brother doing more work than Meena does. One sees as the story develops that Meena indeed does more chores than her brother and the episode ends with equal split on the dinner table.

Now, it is important to understand that the false sense of entitlement begins at home.

It begins in the early formative years where boys are constantly reinforced into what is pre-set as “macho”, “alpha” or anything that does NOT correspond to the word, “sissy”.

Fast forward to the teen years where boys who have grown up with this constant reminder, thrive for female attention as hormones are buzzing. On the other hand, girls grow up with the sense of inferiority.

“Boys will be boys”

The one statement that serves as an excuse for cat-calling, unwarranted or unwanted advances, harassment practically everywhere and eventually, blurring boundaries.

You walk briskly through crowded bazaars, they shove you, touch you, pinch you senseless. You walk to a cafe and their eyes follow you to your seat. You enter your educational institute, everyone from the guard to the peon to your fellow classmates size you up. It’s something you grow so accustomed to that you tend to ignore it. But why should you?

Because it doesn’t stop there.

Where subconsciously, the society has molded your mind to blame the victim. It must be the way she dresses or the provocative way in which she walks, or maybe she’s “that type”

There is no such thing.

Nothing a person does or doesn’t should justify a man forcing himself on her.

There is absolutely no excuse, whatsoever. Your clothing does not perpetuate rape or harassment. Those that reject culture being the cause of rape and state that it is reflective of individualistic decisions and choices are supporting rape apologists. Rape is synonymous with the show of power, control, and empowerment. 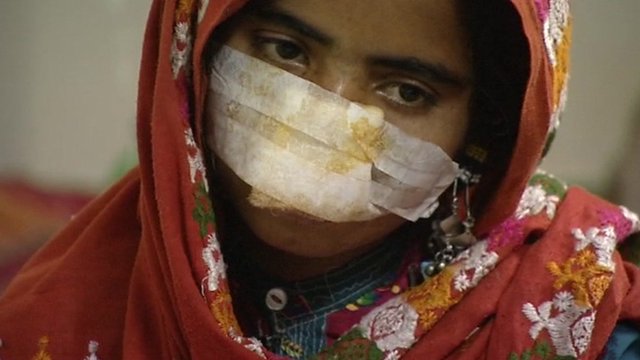 When a 14-year-old girl who gets raped by two grown adult men, the society claims that since she wasn’t abducted and went “willingly”, the rape charges may be disregarded.

In a country where such a stance even stands, women rights die every single day. A child who isn’t eligible for national ID card or a driving license is somehow a sexually consenting individual? How are these ridiculous statements being made on television by learned upholders of law? This, if nothing else, shows how we are light years behind the standards of equality set out by Islam.

“Boys will be boys”

Falling in love with your best friend is always a risky gamble, but I realized that it was the best decision I ever made in my life.

TikTok star Jannat Mirza, over the course of her rapidly growing career, has made quite a name for herself on all social media platforms.

I'd lived most of my life in Punjab but then, due to my father's job, I had to move to Karachi. Here is what it was like for me to move.

Karachi United Football Foundation just won at the KE KHI Awards and it was quite the happening event recently.

21 Of The Best ‘Worst Breakup’ Stories Told By Pakistanis

You know what they say: aesi koi jawani nahin jis ki koi kahani nahin. We wanted to hear your worst breakup stories. And you guys delivered.

People are making Princess Diana jokes after the death of Prince Philip who passed away earlier today at the ripe old age of 99.

Pakistan's Report Card: This is How Minorities Fared in 2015