Fashion has always been governed by artistic licenses and inspiration often drawn from ones who’ve dared to dream in the past. And while inspiration is something that is never held back by barriers of externalities, blatant plagiarism without permission and/or due credit neither stays under wraps in the internet age nor remains unforgiven.

One such episode occurred recently, when an artist accused the brand Rang Ja of allegedly copying his content. The brand’s social media shared the following image on their official Facebook page:

The design was also seen on the brand’s official website:

Upon first glance, one can see the spunky image in the kurti falling right in line with the brand’s ethos – It is vibrant and energetic, working seamlessly with the brand’s ethnic and ambient feel except that Abdullah Syed, a Karachi based artist and creative, currently residing in the U.S, believes that his work, done in 2012, is similar to the content of the brand’s kurti.

Abdullah first shared this visual for Nazia Hassan’s birthday back in May 2012, on his Facebook page

Now let’s see the two images side by side, for ease of comparison of course

The artist chose to call out Rang Ja

The lack of response further strengthens the fear that the design may have been used by a brand that extends its reach beyond national border without the creator’s prior knowledge or consent.

Social media pitched in their opinion on the matter, urging the brand to credit Mr. Syed: 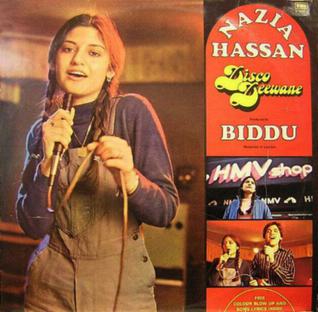 A similar tirade broke out last year when Sapphire got heat for allegedly plagiarizing the artwork of a Sweden-based illustrator, Johanna Burai.

An icing on the cake, stolen work although by exercising all common sense looks like a conscientious effort to pass off someone’s else’s work as your own, is usually disbanded under the baffling guise of inspiration. While the said post has since been removed from Rang Ja’s Facebook page, without official apology, due acknowledgement and damages being paid to the said artist, the battle against piracy and overridden intellectual rights must willfully continue to soldier on.

Does the work look plagiarized to you?

13 Signs You are Absolutely Obsessed With Lawn

A Guide To Spending Valentine’s Day With Yourself